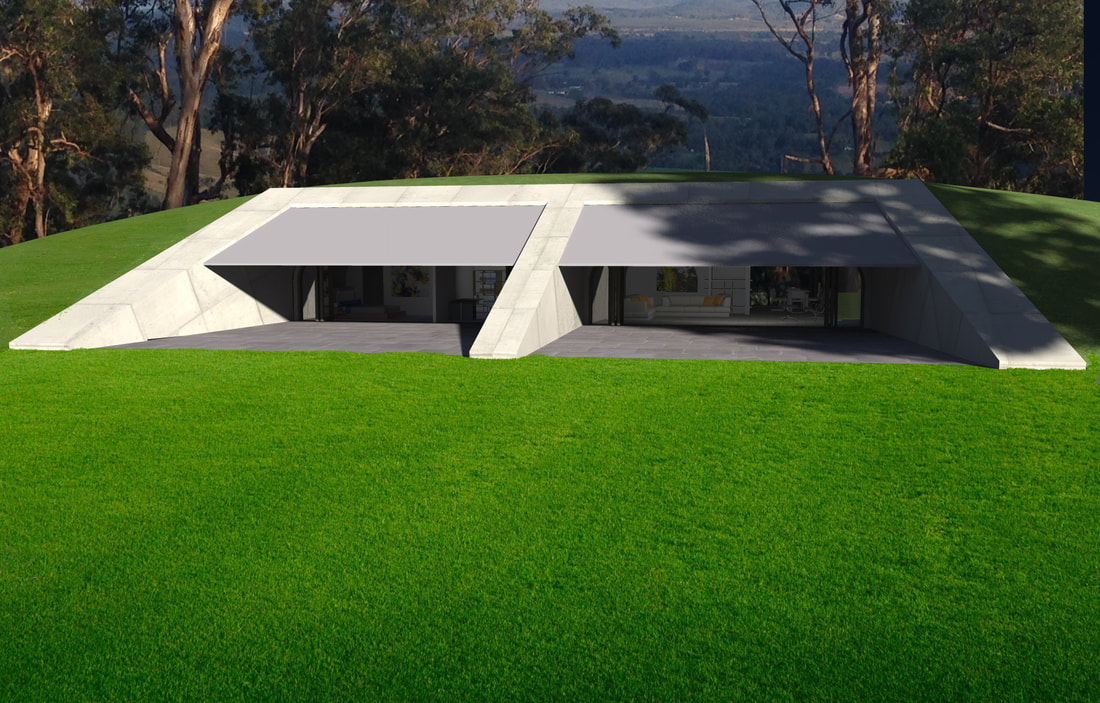 In November 2015 Baldwin O'Bryan Architects  won the The Bushfire Building Council of Australia's  Innovation Award for the best design concept for his design at Newee Creek in NSW. 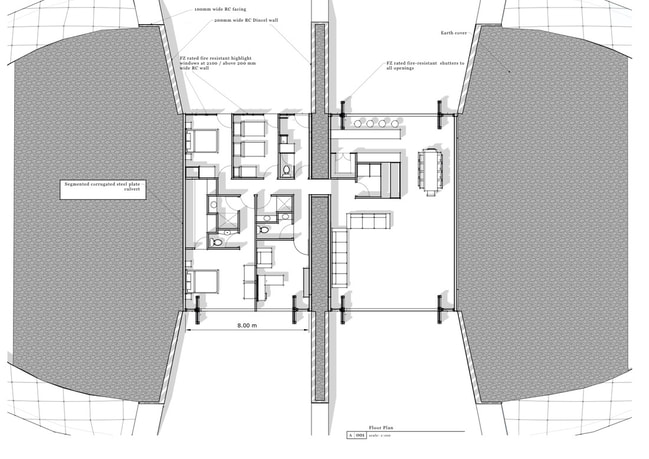 ​The obvious reason that earth sheltered buildings have such an advantage in bushfires is because the  surrounding soil can provide a massive buffer to direct contact from flames and it can also insulate the interior against the  extreme radiant temperatures experienced in bushfires.

Earth sheltered building generally have an entirely reinforced concrete structure which is unlikely to be damaged in a fire even without the massive enclosing earth walls.

Most people would know that 90% of house loss in severe bushfires is actually caused by ember attack from distant fires rather than the fire front itself. Earth sheltered building do not have the same entry points for ember attack as most conventional houses . There are no eaves, gutters, valleys, ridges or gables and embers cannot enter under gaps in roof tiles or sheet metal and perhaps most importantly there are no roof cavities. Flame and embers can’t enter underneath the building which was  identified as major cause of destruction in the recent Wye River Fires. 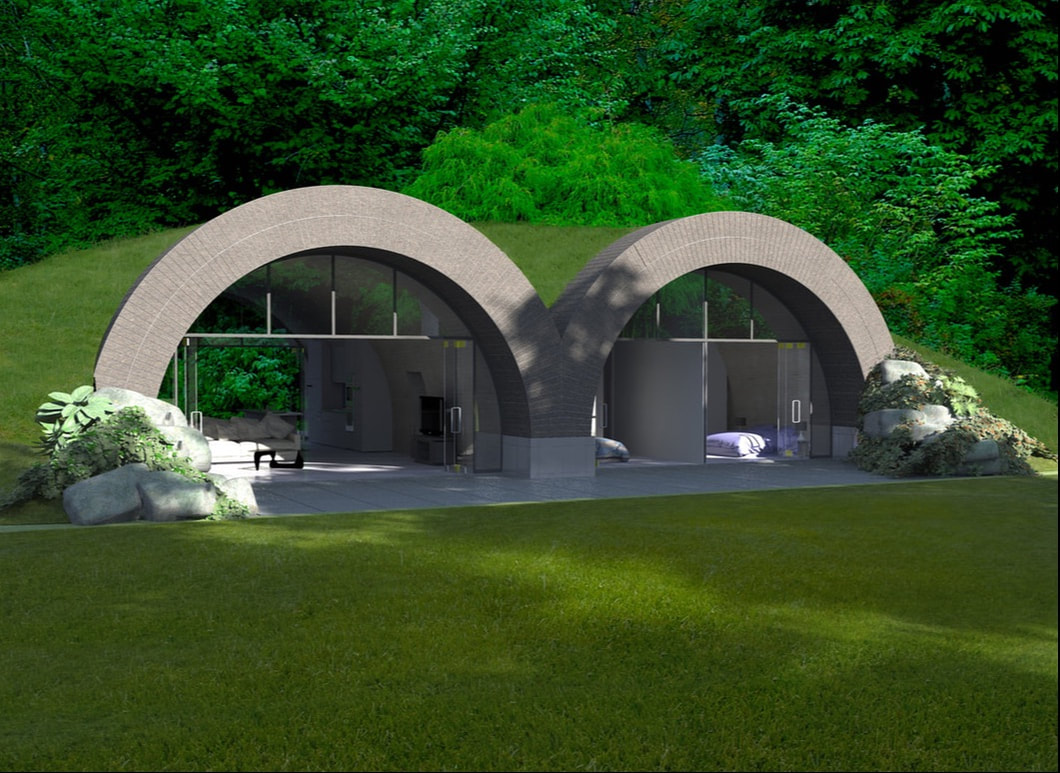 For various reasons and mainly to minimise the cost of retaining walls, earth sheltered buildings are generally designed with their openings concentrated in one or two zones.

This makes it easier to cover all the potential ignition points with either FZ fire rated panels or roller shutters. Of course the size of openings can be considerably reduced if bushfire resistance is the main priority.

We believe that it is possible to design earth sheltered buildings that would survive even the very worst bush fires undamaged and we are hoping this technique can have a much larger role in improving the ability of buildings to better withstand bushfire attack.

The system has exceptional bushfire resistance with just normal glazing as shown in the graphic above. However the the second more robust facade shown in the two graphics below is a relatively low cost adjustment and it can meet the requirements of the highest bush fire attack level in Australia which is called Flame Zone (FZ).  The facade has magnesium oxide panels surrounding the glazing and a mechanised Fibre-shield fire curtain or FZ roller shutter to cover the glazing in a bushfire event.

​There are always competing interests between preserving natural bushland and the need for new buildings which unfortunately often requires so much bushland to be destroyed for fire safety reasons. It is in everybody’s interest to minimise the depletion of our beautiful native flora and fauna. We hoping that the technique of Earth Sheltering could eventually contribute to moving the needle on this environmental dilemma, particularly for sensitive bush fire prone regions such as the blue mountains and on the edges of larger urban areas.
CLICK ON ALL IMAGES TO ENLARGE 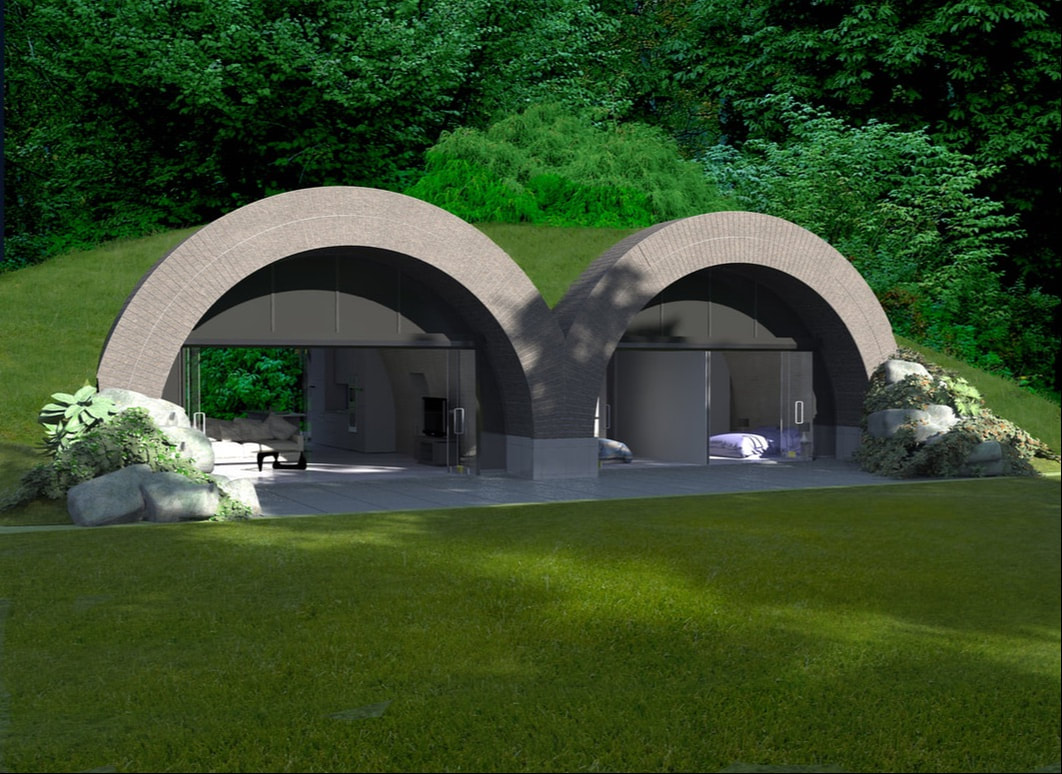 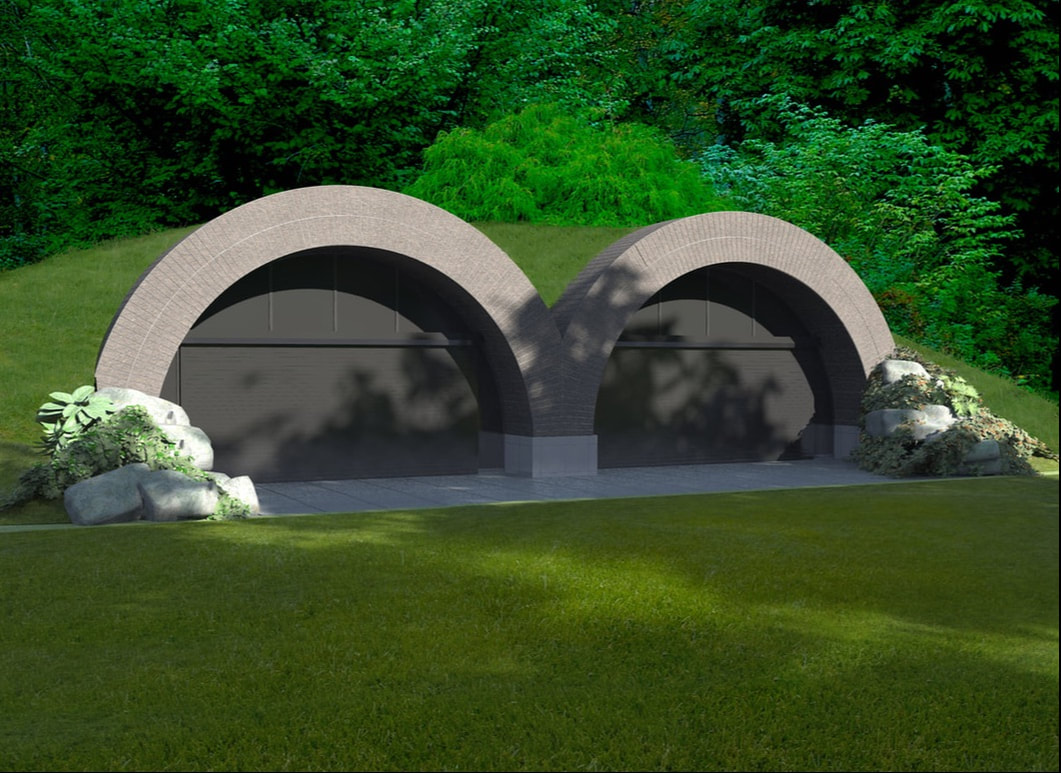